Chiesa Di Totti
Share on FacebookShare Share on TwitterTweet
A day where Roma made relegated Crotone even more relegated-er. 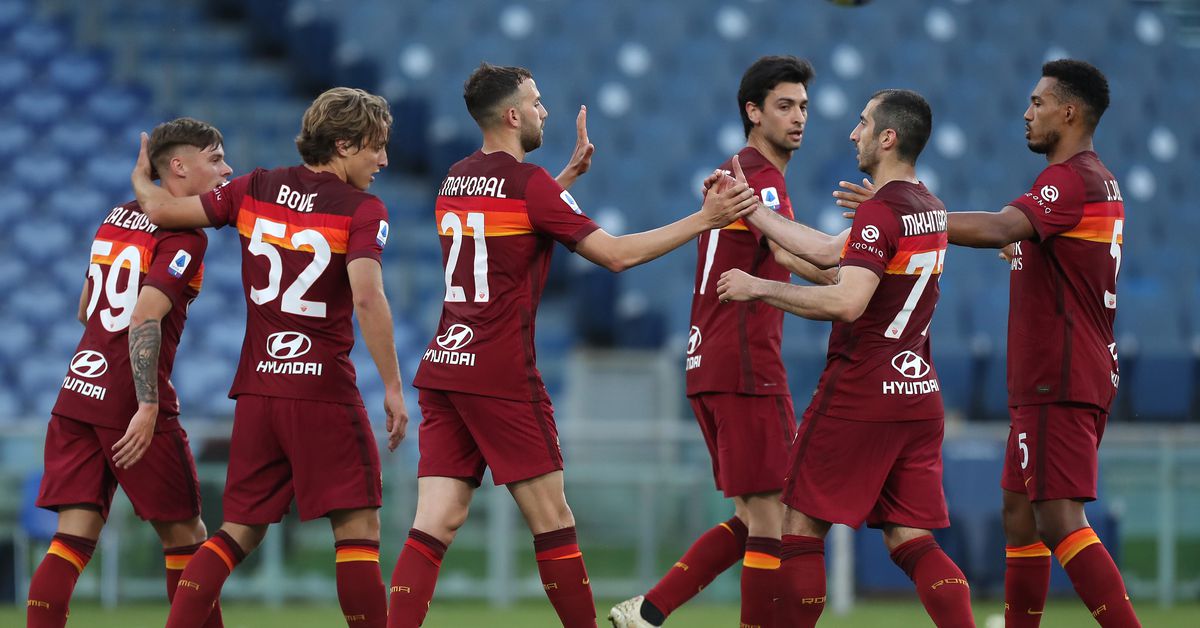 The pre-kickoff talk was focused on looking towards the future, with a view to Mourinho and Roma’s up-and-coming youth prospects (even if those don’t necessarily go hand in hand). Today saw a full debut for midfielder Ebrima Darboe and another start (this time on the left flank) for young Bryan Reynolds and the only Roma goalkeeper in this squad to know what it feels like to beat Juventus: Daniel Fuzato.

Fuzato didn’t have anything to worry about in the first half, with Crotone registering zero shots on Roma’s goal by the half-time whistle. At the other end, the Giallorossi tried eleven attempts on goal themselves but 0-0 at half-time was the long and short of that story. So it was a relief when Roma came out for the second half and decided to win the game in style.

It two only took minutes of the second half for Borja Mayoral to score his 9th league goal of the season, thanks to quick-thinking from Pedro and Mkhitaryan to set Borja on his path, and some incredibly lax defending from Crotone. The match then settled into what looked like Roma being happy with a 1-0 win, but the 70th minute saw Lorenzo Pellegrini pluck a Santon throw-in out of the air and slot it past the Crotone keeper into the far corner.

There was no dilly, no dally from Pellegrini’s general play today, perhaps aided by Javier Pastore brought on as a second-half sub and making himself known all over the park, creating space for teammates. That Roma fluidity led to another Lorenzo Pellegrini banger in the 73rd minute, this time showing absolutely no hesitation in driving a left-footed shot into the far corner. Then Rick Karsdorp set up Mkhitaryan for a goal five minutes later, before Borja Mayoral rounded off the 5-0 rout with his second goal in the last minute of normal time.

All in all, it was a clean sheet for Fuzato and a smooth but determined outing from Darboe. Reynolds may have been less impressive, but there were appearances for young talents Edoardo Bove and Nicola Zalewski off the bench to make up for that much. Meanwhile, Mayoral has now racked up a total of 17 goals in all competitions for Roma, while Henrikh Mkhitaryan becomes the first Roma player since Mohamed Salah in 2016-2017 to hit double-figure assists and goals in the same season.