BBC News
A man has denied being part of an armed gang involved in a botched robbery that led to the death of a delivery driver. Nadeem Qureshi, 40, died after being ... 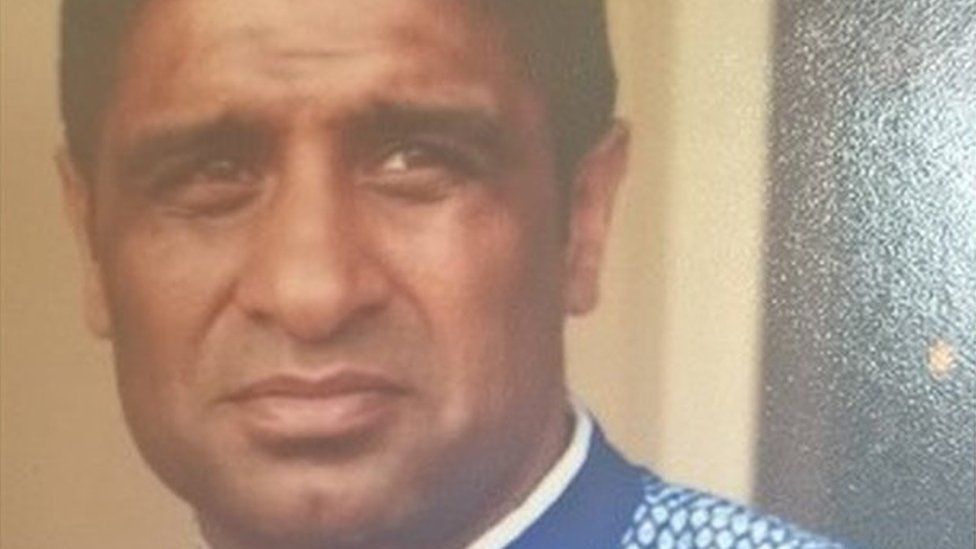 A man has denied being part of an armed gang involved in a botched robbery that led to the death of a delivery driver.

Nadeem Qureshi, 40, died after being run over by a panicked colleague as he tried to flee the alleged hold-up in Deepcar in July 2019.

Arron Hartigan, 25, Jake Lakin, 22, and Callum Rutherford, 26, are on trial at Sheffield Crown Court charged with manslaughter, conspiracy to commit robbery and a firearms offence.

All three men deny the charges.

Giving evidence Mr Lakin claimed he had planned to go off-roading in best friend Mr Hartigan's 4x4 in Deepcar on the night of Mr Qureshi's death.

However, he said they had agreed to "support" Mr Rutherford as he met couriers from a catering company to complete a "dodgy deal" to buy 20 boxes of nitrous oxide cannisters.

The gas is used in the catering industry to carbonate drinks and in whipped cream canisters, but can also be taken as a psychoactive drug, the jury has been told.

The three defendants are on trial at Sheffield Crown Court

He said when they arrived at the meeting place on wasteland near Station Road in Mr Hartigan's Mitsibushi Pajero they pulled up alongside a van with three people inside and its passenger door open.

Mr Lakin said the men in the van "looked panicked" at their arrival and the vehicle started revving "very quickly", spinning its wheels and spraying "mud everywhere".

He told he court he "panicked thinking the van is going to ram into us", jumped out and fell over in a puddle, before running over to Mr Rutherford's Volkswagen Tiguan, which was parked nearby.

He said the van sped off and Mr Hartigan pursued it in his 4x4.

Mr Lakin told the court he urged Mr Rutherford to follow the two vehicles because he was worried about Mr Hartigan, who he said had a "short fuse" and would be "annoyed" that the van had sprayed stones at his car.

He told the court he had not seen Mr Qureshi get out of the van and was not aware he had been hit by the vehicle.

Prosecutor Nicholas Campbell KC accused the defendant of lying to the jury and said he had left Mr Qureshi "dying" because he did not want to be caught at the scene with a gun.

He said the three defendants had plotted to steal the laughing gas and alleged Mr Lakin had pulled a gun during the robbery.

Denying the barrister's claims, Mr Lakin said "that's not what happened" and "there was no gun", adding that he would not have "gone in my shorts and T-shirt to an armed robbery".

Mr Lakin, of Smithy Moor Avenue, Stocksbridge, Mr Hartigan, of no fixed abode, and Mr Rutherford, of Lee Avenue, Deepcar, all deny manslaughter, conspiracy to commit robbery and having an imitation firearm with intent to cause fear of violence.

Mr Hartigan's defence team will offer no evidence, the jury was told on Tuesday.

More on this story

The BBC is not responsible for the content of external sites.

Similar news
Topics of the week