TimesLIVE
Share on FacebookShare Share on TwitterTweet
“Upon deep reflection, I now realise how unjust and uncalled for my actions were, and I would like to use this opportunity to apologise unreservedly," said Hazel Mahazard. 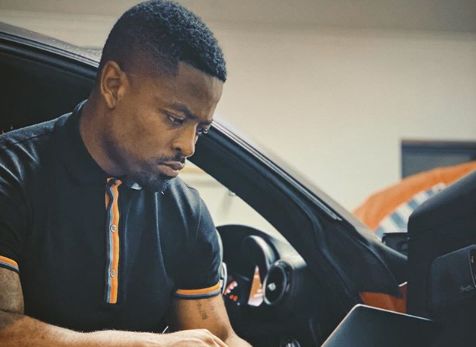 After being served with a letter of demand by Prince Kaybee, DJ Hazel Mahazard has issued a public apology for “offending statements” and distributing “sexual photographs” of the DJ.

This after Hazel took to social media earlier this week to share screenshots of a conversation between her and Kaybee which alluded to them sharing more than a platonic relationship. A “sexual photograph” was included in one of the posts.

While Kaybee issued a public statement admitting to cheating claims, he sought legal action over the “offensive statements” and publishing of his “nudes”.

“On May 4 I posted a tweet with pictures and private conversations between Kabelo Motsamai (Prince Kaybee) and myself. Would like to take this opportunity to apologise to Kabelo for the posts, and any damage the last picture may have caused to his dignity, public image, personal life and his businesses.

“Upon deep reflection, I now realise how unjust and uncalled for my actions were, and I would like to use this opportunity to apologise unreservedly. I have since deleted the post and I condemn with serious caution against the continuous circulation of those pictures by others.

“I regret the entire incident and have taken to heart all the harsh lessons that came with it. I do not intend to make any further public statements on this matter and further appeal that Kabelo be afforded the privacy to deal with any matters that arise from this unfortunate incident,” read part of Hazel’s statement shared on Twitter.