News24
Share on FacebookShare Share on TwitterTweet
Orlando Pirates got back to winning ways and moved back into the top four thanks to a convincing win over bottom side Black Leopards at Orlando Stadium. 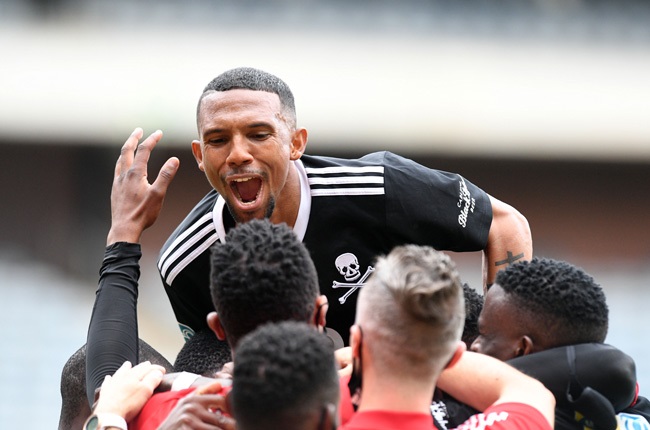 Orlando Pirates got back to winning ways and moved back into the top four thanks to a convincing 3-0 win over bottom side Black Leopards in a PSL clash at Orlando Stadium, on Thursday evening.

A brace by striker Tshegofatso Mabaso followed by a goal by substitute Gabadinho Mhango saw Pirates overtake Swallows FC and move back into the top four places.

The Buccaneers started the brighter of the two and were eager to score an early goal to secure a much-needed win against a struggling Black Leopards side.

The home side, despite a flurry of early clear-cut chances failed to open the scoring thanks to a few glaring misses.

Some of the wasteful chances that left head coach Josef Zinnbauer visibly fuming on the sideline was striker Mabaso skying an effort over the crossbar from point-blank range in the 26th minute. While stand-in captain Thulani Hlathswayo failed to direct his effort on target after a free header in the area.

That's how the first-half ended with the home side ruing several missed chances.

Pirates put a frustrating first period immediately behind them when Wayde Jooste provided a decisive cut-back that left Mabasa with the easiest of opportunities to give Pirates a deserved lead in the 46th minute.

The same two players again combined in the 67th minute to double Pirates' lead as again Jooste delivered the cross before Mabasa comically played a one-two with the post before sneaking the ball into the net.

The Buccaneers then ended the game as a contest when substitute Gabadinho Mhango coolly slotted home four minutes from time.

We live in a world where facts and fiction get blurred

In times of uncertainty you need journalism you can trust. For only R75 per month, you have access to a world of in-depth analyses, investigative journalism, top opinions and a range of features. Journalism strengthens democracy. Invest in the future today.