Middendorp gracious in victory after triumphant return against Chiefs at FNB 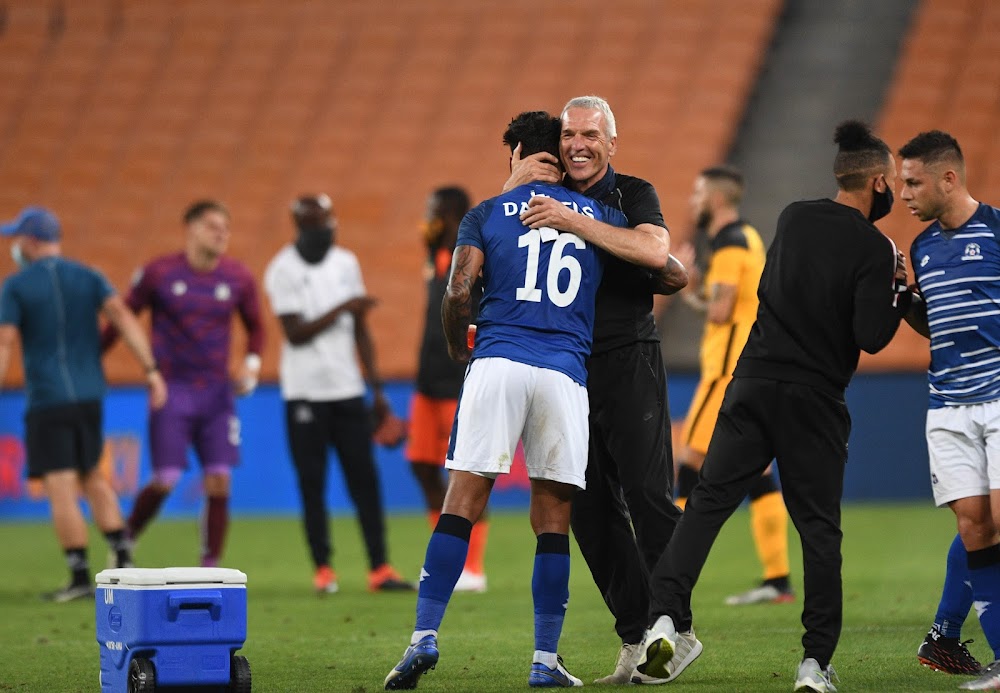 Maritzburg United coach Ernst Middendorp was gracious in victory‚ saying he thought Kaizer Chiefs were disadvantaged by having to play away in Angola in the Caf Champions League ahead of their 2-0 DStv Premiership defeat to the Team of Choice on Saturday.

Middendorp made a victorious return to his old home ground‚ FNB Stadium‚ where he had steered Chiefs to an unlikely run to Premiership runners-up in 2019-20‚ being painfully pipped to the post on the final day by champions Mamelodi Sundowns.

The coach might have felt an inner satisfaction at some small point being proved after his contract was not renewed at Amkahosi despite a strong season in the league‚ but if he did he resisted showing it in any manner in his gracious post-match press conference.

“It’s definitely for us a certain advantage to be able to use the last seven days to prepare ourselves for this game‚ being fresh from the conditioning side and in a good shape‚” Middendorp said‚ referring to Chiefs travelling to Luanda to beat Primeiro da Agosta in the Champions League on Wednesday.

“I’m aware about it – if you travel on international business it is a handicap for a team.

“I could see it in terms of the freshness. It has nothing to do with the conditioning side but the freshness was not there.

“We strategised it well‚ in my opinion. In the first half we had to adjust a bit‚ in the second half even more‚ in particular on our right defensive side.

“But OK‚ we had the players in addition‚ and that’s very crucial for us. With Thabiso Kutumela and with Judas Moseamadi [starting up-front]‚ as well as with Ali Meza coming in and being really very effective in these one against ones.

“And ja‚ they can make goals out of not really a lot. I don’t know how Judas scored the second goal [from a narrow angle]. Don’t ask me – it’s normally impossible.

“But we are fighting for the league‚ for staying in the PSL. That’s our target‚ and nothing has changed there.

"Compliments to everybody for a fantastic team performance and that we could get the result at the end of the day.”

Moseamedi‚ so often a thorn to Chiefs when they face Maritzburg‚ scored in the 66th and 79th minutes.

United’s second win in succession in Middendorp’s sixth match back at a club that spent the opening months of the season rooted to last place took them to a far more comfortable 12th position.

Chiefs sagged to 14th‚ and still have just the one win in the 2020-21 Premiership‚ with coach Gavin Hunt now seemingly desperately seeking a response to the Soweto giants’ malaise.